How does Insurance work?

Ever wondered 'How does an Insurance company function, even after lending such huge amount on maturity of the period or in unseen incidents?' Well, it is bound to have such a thought when you plan on purchasing the policy. Let's understand the basics
By: Deepak Yohannan |
Read Time: 7 minutes, 6 seconds |

Ever wondered 'How does an Insurance company function, even after lending such huge amount on maturity of the period or in unseen incidents?' Well, it is bound to have such a thought when you plan on purchasing the policy. Let's understand the basics of how insurance works in general, that will help us answer the below questions:

Going ahead we shall answer the first two questions. However, to answer the 3rd question first; yes the insurance businesses are indeed very profitable but require very deep pockets and a relatively longer period of time to  get to ROI. It may take more than 10 years and maybe even more for some life insurance companies to even break-even. Holding for 10 years in a business is a long period for anyone who thinks of entering into the insurance business. Some of the retail non-life insurance portfolios are also not very profitable for the insurance companies and will take some time before these companies start making money. There are a variety of factors which impacts the insurance inductry like the number of customers, the number of claims which have been processed and the type of costs incurred in acquiring the customers being some of the important factors.

Now coming back to topic of discussion 'how does the concept of insurance work?' Insurance is a great tool to mitigate risk and it will only work when there is a large pool of people participating in it. Also the claims should be as per chance as would happen under normal circumstances and no known risk should be ideally covered.

Also, it is advisable to go through the entire policy and the benefits it offers to the policyholder. To find which is the best insurance policy you can compare them at MyInsuranceClub.com.

For the sake of an example to understand the working, let us take a sample set of the people living in the island in the Pacific Ocean. Some statistics about the village were as follows:

The village has 5000 adults some of whom earn a living through fishing. It was observed that when the earning member of the family died, the entire family was left stranded with no financial security and this was bad for entire village also. So a group of people got together and resolved to do something about it. They first collected data for the last 25 years and observed that 5 earning members on an average die every year which are totally unexpected – death due to old age not being considered and they were anyway not earning members of the family. On an average they observed that the income of a person is Rs. 6000 per month. So they launched an life insurance plan named “Wizinsurance Super” whereby every member would need to pay Rs. 1,250 every year (annual premium) and in case they died due to any unnatural reason their family would receive Rs. 3,00,000 (sum assured) at one go which can take care of the future financial requirements of the family.

Some islanders immediately liked the idea of securing their family financially and joined the plan. Some were sceptical initially but when they thought that they too could die in the high seas and their family would suffer, and so they too joined in this life insurance plan. Some scoffed at the idea and said this is possible a scam and stayed out of it. So this is how the financials worked out in the first year:

They did a grand launch of the plan in the festival grounds with the island’s beauty queen “Anaida” coming on stage and saying everyone who loves their dear ones should buy “Wizinsurance Super”. She also danced to a song and people were given caps with “Wizinsurance Super” written on it. The island’s most influential businessman was also roped in to give a speech on how great this plan was. Finally Anaida went around collecting name and addresses of everyone who wanted to buy the term insurance plan. Almost 1100 names were collected immediately.

No. of deaths that happened in the 1st year – 3 (the average of 5 was for the whole village)

The family members who received the lump sum amount were very relieved and even their neighbours and relatives were very pleased to notice that even though there was a huge emotional loss due to the death in the family, at least they were financially secure. There were 3 more deaths in the village among people who had not taken the term insurance plan and their families were really left stranded. Observing the benefits of the life insurance plan, some 500 more villagers came and joined the scheme immediately. But there were another small lot of people who observed that they paid Rs. 1,250 but got nothing out of it as they were all healthy individuals and were very sure nothing could happen to them – so some 100 of them, who had paid the first year’s premium, opted out of the plan.

No. of deaths that happened in the 1st year – 3 (the average of 5 was for the whole village)

The insurance company went a step further to help the families of those who lost their earning members. They recruited them as insurance agents and paid them Rs. 3000 per month + Rs. 500 per policy sold. So they too were happy and were the perfect people to canvass and convince more families under this life insurance plan.

Eventually, the people who started the insurance plan became very rich and moved on to provide insurance plans to people in the other islands nearby.

Well, this is how things should ideally work out. In reality it could work out some other way also. If in the first year, if a boat had capsized in the sea and all 10 people on board were killed, the insurance company would have to shell out Rs. 30,00,000 against Rs. 25,00,000 collected as premiums and if for some unfortunate rea son, this happens 2 years in a row the  company would have gone bust and people would have paid for 2 years would have lost their money. If the company has deep pockets then they can sink in these losses and then start making money from the 3rd year onwards.

Also imagine a scenario where there are 2 life insurance companies and they are competing for the same customer base and the new entrant drops the annual premium to Rs. 1,000 per year as compared to Rs. 1,250 of “Wizinsurance Super”. Some customers would move there and new customers would be more difficult to add. OK, let’s leave this problem to the marketing and financial wizards to tackle – given the profits they made, surely they can afford to hire some smart guys!

So that is how term insurance companies work in the most basic form. You can compare term insurance plans in a single click at MyInsuranceClub.com. Our trained and certified insurane experts will guide through to choose the best one that suits your financial needs. 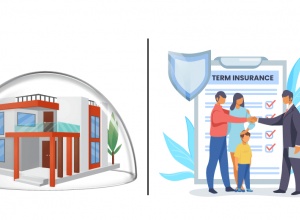 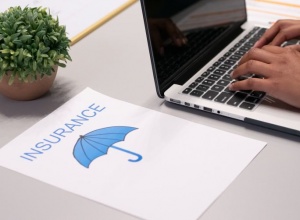 Principle of Utmost Good Faith is one of the basic features of an insurance... 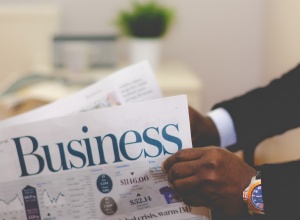 What to consider while choosing a term insurance plan?

At MyInsuranceClub, we receive a lot of queries on life insurance and most ...