In an annuity, the insurer agrees to pay the insured a certain sum of money at regular intervals. The purpose of an annuity is to protect against risk of living too long as well as provide money in the form of pension periodically.

This policy is bought to cover the risk of Living too Long. This policy would provide for till death and sometimes beyond, depending on the annuity option that you have chosen at the time of vesting, i.e. when the annuity starts.

Pension plans are usually without any life cover. Although there are some plans with certain companies that can be availed with life coverage. Recent norms laid down by IRDA stated that all pension plans in the market should have life coverage and there was a deadline given to each insurance company to design their pension products likewise by July 1, 2010. Complications have arisen due to this norm.

This is because of the following reasons:

1.Pension was usually treated as an investment tool rather than a protection tool. This is because, the money invested in Pension Plans were directly involved in the investment part in Traditional Policies and in Fund Value in ULIPs. So it has always been more for investment rather than the protection factor of covering the risk of living too long.

2.No Mortality charges in Pension Plans. Since there has never been a necessity of Life Cover, thus the question of mortality doesn’t arise. Since the Sum at Risk for companies have always been zero or very low for pension plans, issuing the same for older people has been hassle free as underwriting norms were not so tight.

3.Tax implications: Maturity amount of Pension Plan is not completely tax free. Since Pension Plans do not have Sum Assured, only 1/3rd of the total corpus can be withdrawn tax-free under section 10(10)A of Income Tax Act. The rest 2/3rd amount can either be taken as pension from the same company or from any other company which issues pension as per the open market option. However, if Sum Assured becomes compulsory even in Pension Plans like Life Insurance Policies, then it might become tax free under section 10(10)D of Income Tax Act provided the clauses are maintained.

4. Higher age entry: Since there was no question of mortality charges in pension plans, higher age people used this product to save tax under section 80C. Thus, age has never been a restriction for issuing a pension policy even for older people. Since they usually cannot buy life insurance because of the higher age concern, they used pension plans to park their funds.

With the new IRDA norms that every pension plan should have life coverage and a deadline given to each insurance company to design their pension products likewise by July 1, 2010 was a threat to all customers who used pension plans as an investment tool to park their funds and avail tax rebate. However, IRDA has been a little considerate to postpone their deadline as Insurers were hardly able to cope up with the sudden pressure of designing competitive Pension Plans at the nth moment. Though, not for long, they still have some time to breathe now as the fresh deadline still hasn’t been announced.

Retirement Planning: Why You Should not Neglect It

'Have you planned for your retirement?’ ads are beamed on television ... 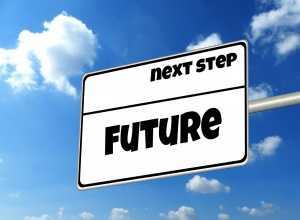 Most people are confused about how they should plan their Life Insurance po... 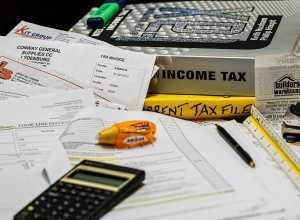 Where to Invest for Tax Saving under section 80C?