Tweet
New things appeal to everyone, be it children, adults or even senior citizens, the allure of the new is extremely exciting. This is why children demand new stationery even if they have dozens of the same already, even you buy a new mobile even when your old one is in a perfect working condition and females shop for new clothes though they have absolutely no space in their wardrobes. Trends change, styles change, features change and we end up buying something new. The same case is with insurance policies. With a surge of new regulations, newer policies are being offered to customers each with enhanced features that promise to be better than the older plan. The result – investors get attracted to buy new plans with apparently better features. But what about the older ones? What should you do with the plans you have already bought? Surrender them or make them paid-up?

Surrender v/s Paid-up
Surrendering the plan is beneficial in the context of time value of money. If the Surrender Value when invested elsewhere earns compounded interest, it can surpass the Paid-up Value payable on Maturity. For instance, a policy with a paid-up value of Rs.80, 000 has a Surrender value of say Rs.36, 000 (45% of Paid-up Value). If invested at a compound rate of 12% in a mutual fund scheme, the money becomes Rs.90, 000 (approx.) in a mere 8 years which is better than staying invested in the plan for the next 8 years under the paid-up option. Moreover, people may need immediate cash in times of a crisis for which surrendering is a better option.
Paid-up v/s Surrender
Paid-up is better in the sense that the life cover continues even after premium payment has stopped. If you go out to buy another policy at an advanced age, the premium amount will be higher as compared to what you were paying in the earlier plan. So staying invested may prove useful if you are looking for a continued coverage.
In the end, it is safe to say that whether you go for paid-up or surrender, both have their pros and cons, it depends on you which side of the coin you choose because it is your money and you should deal with it best. 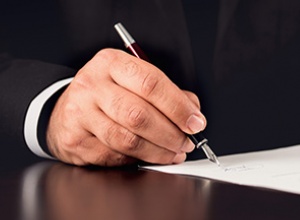 Claims Ratio of Life Insurance companies calculated by the amount of Claims... 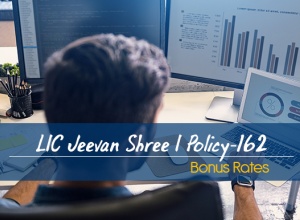 Bonus rates for LIC Jeevan Shree I - Table No. 162 The table below shows t...