After New York Life, HSBC may exit the Life Insurance business in India 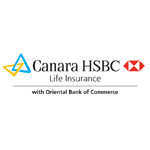 HSBC which holds 26% in Canara HSBC OBC Life Insurance Company is known to be in talks of exiting the business of life insurance in India. This is the first ever time HSBC has ventured into the life insurance space.

Canara HSBC Oriental Bank of Commerce Life Insurance Company which started operations in 2008 is a joint venture between Canara Bank, Oriental Bank of Commerce and HSBC Insurance. HSBC has been exiting many of their non core businesses globally in order to maintain focus on its core banking business. Moreover, with the ongoing changes in the life insurance industry in India, companies are struggling to meet the desired profitability levels. Issues like increase in FDI cap to 49% from the existing 26% and IPO norms have been a major hindrance for life insurance companies to raise capital at an affordable cost.

Individual New Business Performance of Canara HSBC as at Sept, 2011


Canara HSBC Life Insurance has been focusing on their distribution through the network of all the three banks associated in the life insurance joint venture. All the 3 banks collectively have a network of over 4400 branches. The Life Insurer sourced 98.77% of its total policies which contributed 99.30% of its total premium collection from the Bancassurance channel as on September 2011.

HSBC is the second largest banking and financial services organizations in the world with a customer base of over 89 million. HSBC is known in banking circles for its conservative and risk-averse approach to business – a company tradition going back to the 19th century.

Few weeks back, New York life announced their exit from the life insurance joint venture Max New York Life. New York Life sold their 26% stake to Mitsui Sumitomo for close to Rs.2,370 crores. The valuations clearly suggest that life insurance market is hugely untapped and is going to be a big market in the near future. However, the important thing for insurers is to stay lean and continue to build the foundation in such challenging times.