Tweet
India spends merely 2 percent of its GDP on healthcare which is amongst lowest in the world. It's no wonder therefore that public healthcare is in shambles. Public health delivery system offers sub-standard services and therefore, there is no alternative but to seek refuge in expensive private healthcare.

To make matters worse, the medical inflation rate in India is highest in the world. It far outpaces the annual salary hikes that most salaried mortals get.

An unexpected health issue that needs to be taken care of immediately is enough to give a drubbing to the monthly budget of a middle-income family. India is known to be the diabetes capital of the world and its citizens among most depressed in the world. A lot of these factors are attributed to poor lifestyle choices but that is for another time.

What remains incomprehensible is the fact that 70 percent Indians meet healthcare expenses straight out of pocket. This relatively high cost of healthcare is the reason why Indians avoid healthcare costs and spend a mere 4.1 percent of GDP spent on healthcare out of which the government spends about 2 percent.

Health insurance market in India is mature enough to meet the demand and has high claim ratios as compared to other nations. So why don’t Indians buy health insurance?

Buying health insurance wouldn't make your poor lifestyle choices go away but it certainly will ensure that your monthly budget isn't affected every time you go to a doctor.

For those who think paying a periodic premium for an insurance cover might be futile because they don't get sick that often, buy it for tax purposes.

Mostly it’s just an awareness issue but because premiums have been made very flexible off late by insurance companies. Some popular myths about health insurance busted:

Just hospitalisation is covered by health insurance plans: There are plenty of plans available which provide outpatient coverage (no hospitalisation) as an add-on rider.

24 Hour Hospitalisation:  You do not need to be hospitalised for 24 hours in order to you’re your mediclaim. Procedures such as cataract, dental (if it is covered in your plan) are day care procedures and don’t’ require 24-hour hospitalisation. Most plans cover day-care procedures or they are offered as add-on riders.

Insurance Agents won’t tell the whole story: While it can be true to some extent and there have been cases in the past but instead why not compare the plans yourself? Mysinurance.com lets you compare all medical plans. Empower yourself with information and make an informed decision.

Online health insurance is different: The only different about online insurance is that the premium is cheaper because there are no brokers involved. The absence of brokers means there is no commissions outgo to them and therefore online plans are cheaper. An online plan provides the same benefits as the one sold to you by an agent. 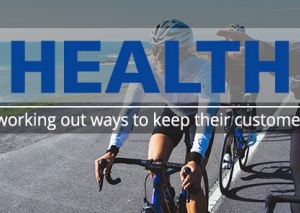 Health insurers working out ways to keep their customers healthy

Health insurance companies in India are not only offering innovative health... 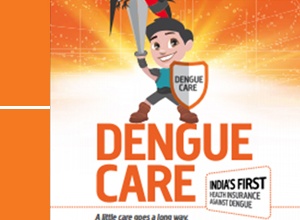 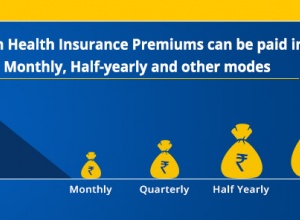 Soon Health Insurance Premiums can be paid in Monthly, Half-yearly and other modes