Bajaj Allianz General
Tweet
Bajaj Allianz General Insurance Company expects a growth of 23 – 24% in its business this financial year as against the industry average growth of 20% and in absolute terms it expects to close the financial year with the gross premium amount of Rs. 4,000 crores.
Bajaj Allianz General Insurance Company Limited is a joint venture between Bajaj Finserve Limited (recently demerged from Bajaj Auto Limited) and Allianz SE. Bajaj Finserve holds 74% of the share capital in the General Insurance Company whereas balance is held by the later.
Commenting on the 8 months performance during the current financial year, Mr. Tapan Singhel, Managing Director and Chief Executive of Bajaj Allianz General Insurance Company, said that the growth rate of the company is expected to surpass the industry standard of 20%. The company is likely to grow at a rate of 23 – 24% with a premium amount touching to the tune of Rs. 4,000 crores and that the combined loss ratio and the expense ratio is also like to come down.
He also positively quoted that health insurance and motor insurance business will be the key expansion driver for the growth of its business and that profit-making lines will also yield a positive results.
He also revealed the company’s plan to launch an application on the Android platform called ‘Eezee Tab’ which will enable the customers to register low intensity claims and upload photographs of the vehicle accident for fast claim settlements. Further with the use of this application a policy can be issued to the customer by the agent at customer’s place which will not only increase the sale but will also help to increase the insurance penetration.
According to the figures disclosed by Market regulator I. R.D.A, the company earned a gross written premium of Rs. 2,505.62 crores during the period of 8 months from April to November 2012 as against the premium written down of Rs. 2,089.83 crores for the corresponding period last year. 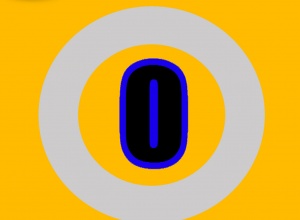