L&T Insurance | General Insurance
Tweet
Board of Directors of General Insurance Company approved raising of funds through the issue of Catastrophe bonds in the United States. This bond, which will cover risk arising out of natural disasters like earthquake, flood, tsunami etc, will be issued at a price which will be 2% above the 10 – year US Treasury yield. Higher percentage of return is justified as this bond carry junk status and there is a possibility of investors losing their investments.
GIC will be the first Indian Company to issue such bonds in international market. According to Mr. A.K. Roy, Chairman of General Insurance Company, the borrowing cost under this scheme will be lower as compared to the borrowings from other avenues in Indian market, thereby enabling company to mitigate the losses. He further added that the company is in the process of hiring a consultant in this regard.
Mr. Roy further added that this concept still does not exist in Indian market and there is a possibility that there may be no buyers of such catastrophe bonds.
The money collected under this scheme will be used to pay the claims raised in India. The company has suffered a huge claim of approximately Rs. 1,500 on account of floods in Uttarakhand, Rs. 400 crores from earthquake in Japan and Rs. 470 crores from earthquake in Christchurch.
According to Swiss Re Cat Bond Price Index, which measures the return on bonds, Catastrophe bonds have given a return of 9.09% for 1st 9 months ending September 2013.
Companies like AXA, Swiss Re have also issued Catastrophe bonds to reinsure against the natural calamities. 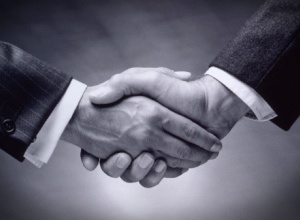 Larsen and Turbo and Future Group have entered into a non obligatory agre...

General Insurance Corporation of India to report a loss

General Insurance Corporation of India (GIC), the re-insurance company for ...