In order to increase the non life insurance business, non life insurers have approached Finance Minister to provide for tax break for house holders insurance in the coming budget. The demand is based on the fact that inspite the presence of more than 12 insurance companies, the penetration of health insurance is only 0.70% of the Gross Domestic Product (G.D.P).

Established by Sir Dorab Tata in 1919, New India is the first wholly Indian owned insurance company in India. With a wide range of policies New India has become one of the largest non-life insurance companies, not only in India, but also in the Afro-Asian region.

According to Mr. Srinivasan, Chairman, New India Assurance Company, they don’t foresee any reason as to why the people will not buy insurance coverage for house – hold items considering the lower cost of cover. He also positively said that the claim process is not burdensome and will not require proof of rights of belongings and that only police complaint of the goods stolen will suffice. He further augmented that for this, the company is coming is innovating a simple and easy to understand policies for household insurance.

With regard to the statistical data regarding operations of the company, Mr. Srinivasan said that the premium amount grew by 18.18% to Rs. 8,500 crores during the nine months ending December 2012 and company aims to cross the premium target of Rs. 12,000 crores by the ending of this financial year. Further he added that out of Rs. 12,000 crores, Rs. 10,000 crores is expected from Domestic market and remaining amount from overseas market.  With regard to loss ratio, he said that company intends to bring down the ratio to 92% as against the existing 97% by March 2013 by way of increase in rates of health insurance premium (approval of which is pending from I.R.D.A). With regard to claims, he said that the incurred claims have been brought down to 88.81% by the end of December 2012 as against 93.29% for the corresponding period last year. This has been achieved along with lower management expenses.

Mr. Srinivasan also revealed their plan of launching online services and increasing the agent strength to increase its business. For this the company has opened 500 micro insurance companies which can be manned by single employee who can use the system. This additional investment coupled with rising premium rates has generated a profit of Rs. 517 crores for the company as against the loss of Rs. 177 crores for the quarter ending December 2012. He also disclosed that they would focus on all line of business; the special attention would be on SME and personal line of business.

The underwriting loss of the company has also come down to Rs. 1,400 cores till December 2012, which is less as compared to the previous years. Also the investment income of the company has gone up in the 3 rd quarter on account of improved market conditions and expects the trend to continue in the next quarter also. 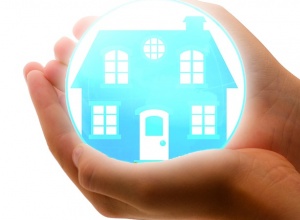 A recent survey by general insurance company ICICI Lombard found out that 9... 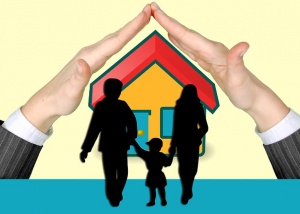 Nepal tragedy has led to a rise in inquiries about Home insurance policies ...