Tweet
Last year in August, HDFC Life and Max Life Insurance had announced a proposed two-way merger to create an insurance giant with Rs 1.1 trillion in assets. Max Life and HDFC Life had sought an in-principle approval from IRDAI for the merger on September 21, 2016.

The merger is pending as the Insurance Regulatory and Development Authority of India (IRDAI) had then referred the proposal to the Law Ministry and the Attorney General as Section 35 of IRDAI Act does not allow merger between an insurance company and a financial services company. Also, there is no provision under the Insurance Act to merge a financial services company with an insurance company.

Recent media reports suggest that IRDAI had sought Attorney General Mukul Rohtagi’s opinion on the merger structure however the AG returned the proposal back to the IRDA without giving any opinion.

Analjit Singh of Max India said that the merger was still under process. He reiterated that IRDA was in favour of the merger and had just sought an opinion on the merger structure. 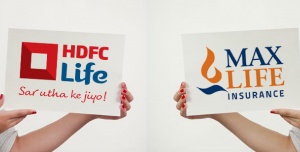