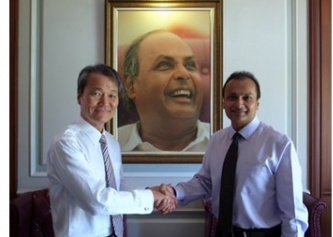 Japan's Nippon Life Insurance has decided to acquire an additional 23% stake in Reliance Life Insurance for about Rs 2,265 crore taking its total stake to 49%.


Once the deal is ratified by foreign investment promotion board (FIPB) and the insurance regulator, Reliance Nippon Life Insurance Company, with a Rs. 10,000 crore valuation, will be amongst the highest in the insurance sector, according to a statement issued by Reliance Capital, the holding company of Reliance Life.


“We are delighted that the outstanding relationship between our two companies has now grown into an equal partnership, with NLI increasing their stake – first, in our asset management business, and now, in our Life Insurance business – to 49 per cent,” said Anil Ambani, chairman, Reliance Group.


Adding further, he said, “Life Insurance is one of Reliance Capital’s major businesses, and we believe Nippon Life’s experience of over 125 years will accelerate our growth in this space.”


“This additional investment represents not only the past efforts and initiatives, but also the good relationship between both companies going forward,” said Yoshinobu Tsutsui, President, Nippon Life Insurance.


The deal comes after the Modi-led NDA government amended insurance laws, earlier this year and increased the FDI limit in insurance sector, for a foreign player, from 26% to 49%.


The FDI hike is showing positive signs for the cash starved Indian insurance sector. Earlier, UK-based Bupa had announced its decision to hike its stake to 49% in its Indian Joint Venture with Max India.


Apart from Standard Life, which is said to be in talks with its Indian partner, Housing Development Finance Corp Ltd. (HDFC) to increase its stake from 26% to 36%, BNP Paribas Cardif, which has a life insurance joint venture with top Indian lender State Bank of India, is also exploring opportunities to increase its stake to 36%.