SBI General Insurance Company Limited, which is a joint venture between the State Bank of India and Insurance Australia Group, today announced its Half Yearly result for the financial year 2013 – 14. The company has posted a hefty growth of 83% rise in the premium amount as compared to the corresponding period previous year. The premium amount stood at Rs. 540.93 crores. The increase in premium amount was mainly attributable to rise in motor insurance business which grew by 136% during the six months ended September 2013.

In addition to the above, the company has also added 44 branch office networks, which has contributed to the rise in profit.

Mr. B.J. Sharma, Managing Director and Chief Executive Officer of the company said that despite recessionary effect and slow down in automobile sector the company has been able to post strong growth mainly on account of it having strong foundation across the retail, corporate and SME sectors and across various product lines like motor, fire, home and personal insurance etc.

Mr. Sharma also disclosed company’s future plan of expanding a piloted simple health insurance policy at all India level. At present this policy is sold through banassurance channel. He revealed that this piloted health insurance policy is gaining popularity amount SBI customers and that they have acquired more than 3,500 customers in the zone where this product is launched.

State Bank of India holds 74% stake in the company whereas remaining 26% is held by Insurance Australia Group. 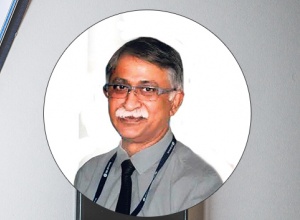 The general insurance arm of the State Bank - SBI General Insurance- has ap...

With India having one of the highest out of pocket health care expenses in ...