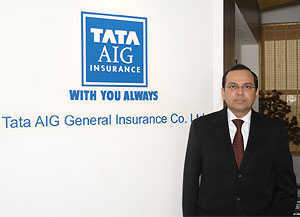 Gaurav began his career in 1986 at National Insurance Co. Ltd., where he managed diverse portfolios ranging from retail insurance to insuring large engineering projects. He has over 26 years of international experience. From 2004 to 2007, Mr. Garg was based in New York with American International Underwriters (AIU), where he had P&L and underwriting responsibility for six regions and was responsible for global distribution for AIU’s personal insurance lines of business. He was also responsible for AIU’s start-up business operations in a number of countries in Asia and the Middle East. He was instrumental in launching Tata AIG in 2000, following which he took on a regional role in 2002 overseeing the Middle East and South Asia.

Mr. Garg joins Mercer from Chartis, the P&C insurance arm of the American International Group, Inc. (AIG), where he was most recently Chief Executive Officer and Managing Director of Tata AIG General Insurance Company Ltd. in India. He joined AIG in 2000 and has held a number of leadership roles including country, regional and global positions, with a strong international focus. In this newly created position, Mr. Garg will report to Mr. Portalatin and serve as a member of the Executive Committee at Mercer.

“Gaurav has a well-established track record of setting up and running successful business operations in Asia and the Middle East, as well as managing global distribution,” said Mr. Portalatin. “His strong entrepreneurial skills and deep understanding of the dynamics of growth markets will be invaluable to driving profitable revenue expansion for Mercer in these countries. Our decision to appoint him to this critical new role at Mercer is evidence of our commitment to investing and maximizing our opportunities in the growth markets.”

Mercer is a global consulting leader in talent, health, retirement and investments. Mercer is a wholly owned subsidiary of Marsh & McLennan Companies, a global team of professional services companies offering clients advice and solutions in the areas of risk, strategy and human capital.