Tata AIG General Insurance Company, a private insurer, which is relatively new into the health business has introduced a new concept of Claim Approval Service within 4 hours vis-à-vis the generic norm of 6 hours. The introduction of this characteristic will prevent a medical urgent situation from becoming a monetary load onto the customer and would help them in times of need! Tata AIG is a new entrant in the health business and had introduced their first product about 10 months ago and being innovative in the first phase of their business would give them an edge over other veterans in the industry.

According to Mr. Ramesh Ramani, Vice President – Consumer Lines, Tata AIG, company has introduced a service wherein it will settle the health claim within 4 hours of filing for a claim. Elaborating further, he added, normally it takes over 6 hours for claims approval due to processing and that by tightening the procedure further, eliminating unnecessary delays, the claim approval time can be reduced to 4 hours. This will reduce the financial burden on the customer during exigency. Further he added that the benefit of above plan will be available to all its customer i.e new as well as existing ones.

Commenting on the launch of the above service, Mr. Ramani also said that the company being new into health business, it is planning to bring in inventive features and products that will not only establish the brand but will also help to increase the customer base. Also the company is planning to set up segment specific products under health category and for this they have also filed few products with the market regulator Insurance Regulatory and Development Authority (I.R.D.A) for its approval. Lastly he also said that the company expects to launch first of such product within a span of six months. 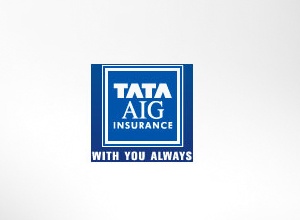