TMC Continues to oppose FDI in Pension Fund and Insurance

Oriental Insurance
Tweet
Trinamool Congress (T.M.C) parliamentary party leader Mr. Sudip Bandyopadhyay stated that in order to protect the interest of common man, they will oppose all the bills placed in Parliament, pertaining to privatization and opening the pension sector to foreign investment and raising Foreign Direct Investment (F.D.I) limit in insurance to 49%. After two days of Government winning the critical voting in Parliament allowing F.D.I. in multi – brand retail segment he further stressed that they will vote in Parliament against any steps taken to allow FDI in pension sector. However with regard to F.D.I. limit in insurance sector, he stated that the party will take a call only at an appropriate time when the bill is placed before the house for voting and seeking approval.
Mr. Sudip Bandyopadhyay also emphasized on the fact that prior to the Lok Sabha and Assembly elections, the party chief Mamta Banerjee had committed to the public that they would be opposing to Foreign Direct Investment in any form in retail and privatization of pension fund. He categorically mentioned that the party would not budge from their commitment and would not compromise on any grounds. He also pointed out that voting result in Lok Shabha did not reflect the true ‘sense’ of the house as Samajwadi Party (S.P) and Bahujan Samaj Party (B.S.P) members had walked out of the house on FDI issue and 14 parties had voted against the decision.
Adding to the above he indicated the fact that TMC has 19 members in Lok Shabha and 9 members in Rajya Shabha and that Congress government will become unstable if they withdrew their support to Congress. 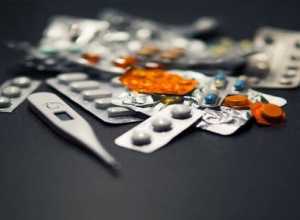 Oriental Insurance Company entered into an agreement with Oriental Bank of ...

The result of the analysis on retirement investment plan, carried out by Ma...