Tweet
UK based health care company – Bupa has decided to buy an additional 23% stake in its Indian Joint Venture (JV) – Max Bupa, in a all sum transaction for Rs. 191 crore.
Once the deal is executed, Bupa’s stake in its Indian JV will go up to 49% from the current level of 26%, making it the first foreign partner to increase its stake, after the Indian government relaxed norms in FDI in Insurance sector.
“Bupa will pay around Rs. 191 crore to Max India, to increase its stake from 26% to 49%,” Max Bupa said in a press release.
The new agreements will come into force after requisite approvals from the Foreign Investment Promotion Board (FIPB) and the Insurance Regulatory and Development Authority of India (IRDAI) are in place.
After the deal, Max India's stake in the joint venture will come down to 51 percent
With a consumer base exceeding two milliom customers, Max Bupa has grown to be India’s 7th largest private insurer in a short span of time since its inception in 2010. 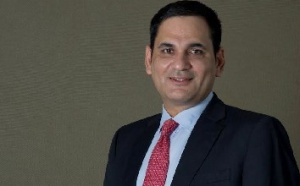 Ashish Mehrotra has been appointed as the new Managing Director & Chief...

Max Bupa Health Insurance Company, has initiated a first of its kind health...

Max Bupa Health Insurance Company is one of the 3 standalone health insuran...