United India | AIC
Tweet
Crop insurance is purchased by agricultural producers, including farmers, ranchers, and others to protect themselves against either the loss of their crops due to natural disasters, such as hail, drought, and floods, or the loss of revenue due to declines in the prices of agricultural commodities.
Mr. Milind Kharat, Chairman cum Managing Director of United India Insurance Company announced its plan of entering into crop insurance business and for this it has tied up with Agriculture Insurance Company for selling two of the crop’s insurance products of the Company. The Insurance Regulatory and Development Authority (I.R.D.A) have agreed to give a special dispensation to general insurance companies for selling crop insurance through their agents.
Agriculture Insurance Company of India Limited (AIC) was incorporated under the Indian Companies Act 1956 on 20th December, 2002 with an authorized share capital of INR 15 billion and paid up capital of INR 2 billion. AIC commenced business from 1st April, 2003. AIC has taken over the implementation of National Agricultural Insurance Scheme (NAIS) which, until FY 2002-03 was implemented by General Insurance Corporation of India. In addition, AIC also transacts other insurance businesses directly or indirectly concerning agriculture and its allied activities.
Mr. Milind Kharat further stated that since this is the first year of their entering into crop insurance business their primary focus is on Southern States of India. He also disclosed that they have insured 10,000 farmers in Namakkal area in Tamil Nadu.
With regard to the expansion of the business, he revealed that they would expand the sale of crop insurance products on a bigger extent in other parts of the country too by the end of next financial year. The official also said idea is to cover farmers who have not taken any loan from financial institutions, as those with such loans are automatically insured by state-run Agriculture Insurance Company of India.
He also added that the company has at present 461 micro offices across the country and plan to increase it to 510 by the end of this fiscal. It involved self help groups and non-governmental organizations for sale of micro insurance products. 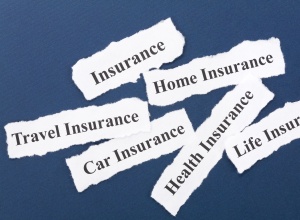