MetLife College Plan is a traditional, participating Money Back Child Plan designed for a child’s education. The plan provides financial assistance through insurance cover and savings so that the policyholder can fund his child’s education easily.

Highlights of the MetLife College Plan

Working of the MetLife College Plan

COMPARE THIS PLAN WITH OTHER CHILD PLANS

The following chart shows the Base Sum Assured available corresponding to the premium amount, age and tenure chosen by the policyholder. 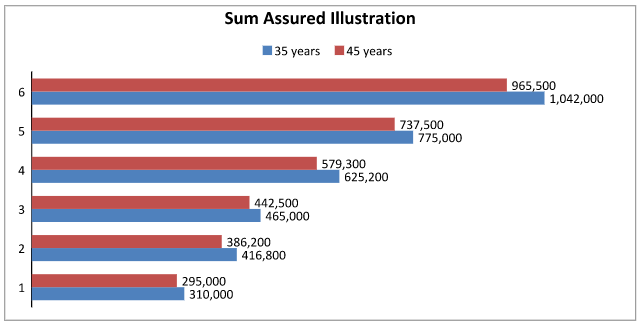 The Sum Assured levels are also tabulated hereunder for a quick reference:

Non-payment of premiums results in lapsing of the plan wherein no benefits are payable. If, however, the premiums for at least the first 3 years have been paid, the plan allows reduced benefits. The policyholder can, under this situation, surrender the policy or make it paid-up.

If at least3 full years’ premium has been paid, the policy would become a paid-up policy if future premiums are not paid. The Sum Assured under the plan would be reduced and the policy would acquire a reduced Paid-up Value which is calculated as follows:

Bonuses are not declared under a Reduced Paid-up Policy and the benefits payable are reduced and are as follows: