Tweet
The timing of the insurer’s initial public offering will depend on market conditions, and the sale is likely to be done in tranches

India is planning to seek cabinet’s approval to sell 25% stake in the nation’s largest life insurer, people with knowledge of the matter said, as Prime Minister Narendra Modi seeks resources to plug a widening budget gap.

The government plans to amend the act of parliament under which the state-run Life Insurance Corporation of India was set up to prepare for the sale, the people said, asking not to be identified as the discussions were private. The timing of the insurer’s initial public offering will depend on market conditions, and the sale is likely to be done in tranches, they added. A finance ministry spokesman was not immediately available for comment.

A stake sale in LIC through a public offering of shares will help the government bolster its finances after the coronavirus pandemic stalled growth and threatens the fiscal deficit target of 3.5% of the gross domestic product set for the year ending March 2021. The administration has raised about 57 billion rupees through asset sales in the fiscal year from April 1, as against a target of 2.1 trillion rupees.

The government has picked Deloitte Touche Tohmatsu India Ltd. and SBI Capital Markets Ltd. to help Life Insurance Corp. of India prepare for an initial share sale, Bloomberg News reported last month. The advisers will help evaluate the capital structure of India’s biggest insurer as well as aid the company is reworking its financial statement, according to a tender document issued in June.

As part of the proposal, the government will also move an amendment in parliament for an authorized capital of 200 billion rupees which will be divided into 20 billion shares, the people said.

A ministerial panel set up for asset sales will decide on the size of the public offering while the cabinet will consider changes to the capital structure of the insurer, the people said. Taking the insurer public will help instill “discipline” and unlock value, Finance Minister Nirmala Sitharaman had said in her budget speech in February, without providing details or the timeline for the sale. 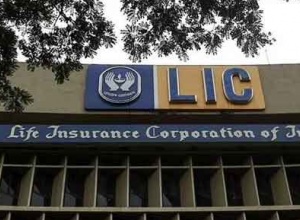