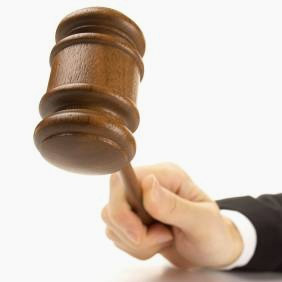 result in rejection of claim. However, in a recent judgement passed by the South Mumbai District Consumer Disputes Redressal Forum, the insurance company was ordered to pay Rs 5.5 lakhs plus 9% interest to a diabetic policyholder.

The policyholder, Kanhaiyalal Ruia, had taken a mediclaim policy from United India Insurance in 1994. After the insurance company rejected his claims, he filed a complaint before the forum in October 2005. Ruia told the forum that he enjoyed good health in 2001, however his wife underwent some health complications in August 2001. His wife had to undergo hospitalisation and during this period, Ruia noticed an injury on his left toe.

At the time, he thought it was because of a shoe bite and because he was more concerned about the health of his wife, he took the injury lightly. The injury did not heal fully, after which he consulted a physician who found that his blood sugar levels were high. The physician attributed the high blood sugar levels to extreme mental stress and trauma and prescribed medication. Despite this, the wound did not heal and 3 months later the wound had become infected.

In December 2001, he was admitted to a hospital and the doctors amputated his left toe. In February 2002, he had to undergo another operation where the doctor’s had to amputate his left foot.

At the time of filing the medical insurance form, the doctor made an error stating that the patient suffering from diabetes since 15 years instead of 15 days.

To rectify this error, the doctor said, "As the complainant's foot was amputated, he thought that he was suffering from diabetes since last 15 years and accordingly he made the noting. Later on he realized that he had totally misunderstood the situation, and immediately issued a corrigendum and corrected his mistake."

The forum observed, "There is no evidence prior to 2001, that the complainant had taken medical treatment for his diabetes."  It also said that the company's refusal to meet the claim amount "was without any basis and illegal". The insurer was ordered to pay the claim plus 9% interest plus Rs 8,000 for mental agony and harassment.