ICICI Prudential Life Insurance has left its private counterparts way behind by collecting a premium Rs 7860.99 crores during the financial year 2010-11. This is a 24% jump from its premium collections of Rs 6334.3 crores in FY 2009-10.

Out of 22 private life insurance companies in India, ICICI Prudential Life Insurance has turned out to be the highest gainer followed by SBI Life which collected Rs 7570.72 crores. SBI Life has shown an increase of 7.53% over its premium collections of Rs 7040.66 crores in the previous year.

ICICI Prudential Life, a joint venture between ICICI Bank and Prudential plc, was one of the first players to enter the life insurance space after the insurance industry was thrown open to private players in 2000. With a network of over 1900 offices, the company enjoys a dominant position in the private life insurance space. The company has maintained a solvency ratio of over 300% which is well above the regulatory requirement of 150%. Earlier this year, ICICI Prudential roped in Bollywood’s most recognized personality Amitabh Bachchan to become their Brand Ambassador. They also recently launched cheap and affordable term insurance plan called iProtect, a purely online product in a bid to pass on the benefits of cost savings to their customers.

In order to expand the existing portfolio and enter into new business line,... 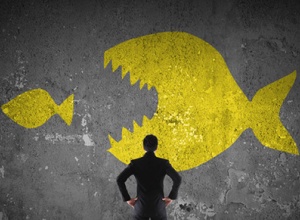 Owing to serious concerns regarding the management of Sahara India Life Ins...