3 MOST important documents for filing a Mediclaim Reimbursement

This is a personal experience which I went through just a few days back. I am sharing my experience so that you can save some pain when you go through the same. Hope it helps!

I usually avail a cashless Mediclaim for all my health insurance claims for my family members and myself. However, the last time that my mother was hospitalized, we paid up the entire amount upfront and then claim for reimbursement. My mother had to undergo an operation which required only 24 hours of hospitalization, may have been even less. So cashless claims was a tough proposition – hence we went and paid the amount upfront.

That’s when I actually understood more! Why hospitals and patients prefer cashless facility, while insurers do not? Customers prefer it because it is much-much simpler to get his claim amount when it is done through a cashless procedure than reimbursement basis. Hospitals, because they get to charge an exorbitant amount if the patient is insured because the insurance company is paying the bill and the patient isn’t. And for the same reason of high bill amount, the insurers do not prefer cashless facilities; in fact they even provide a discount in premium if cashless facility is not opted for.

Bottom line – We had to shell out Rs. 29,000/- because we paid the amount upfront and made the claim later. If we had availed the cashless facility, the hospital would have hiked the amount to Rs. 60,000/- (almost double). Though I would not have suffered any financial loss, the insurance company would have! So yes, I did save the insurance company a good amount of money.

Well, my agent told me to keep all documents safe and after the final check up of the doctor, I gave him a call and told him to help me file the claim. That’s when he told me to get a “fitness certificate” from the doctor stating that my mother is fit and fine. If he had informed me earlier, I would have got the certificate before. But since he didn’t, I had to visit the doctor again to get it...whew!!

While sitting with my agent, to fill up the claim reimbursement form, I realized that there are 3 documents without which you cannot file a claim with the health insurance company, other than the bills and the receipts.

2. Discharge Summary from the hospital- where it mentions from when to when the patient was admitted and what had happened to him and what is his condition now.

3. Fitness Certificate from the attending doctor- which categorically mentions that the patient is fit and fine at the present moment and is prescribed rest and medication, etc.


Most of us would think that the bills and receipts of the hospitalization are the only important documents; no doubt that it is important but not as much as the above mentioned 3 documents are. Without these three documents, one cannot even file a claim. If any one bill is not presented, at least the rest of the claim amount can be paid. But without the mentioned 3 documents, the procedure would not begin and the claim would simply not get admitted.

So if the claim process is simplified and just 1000 odd extra people like me start availing it, the insurance companies would save Rs. 3 crore (that’s Rs. 30,000 x 1000 people) every year. Wonder if they would share some part of that savings with me for sharing this idea! 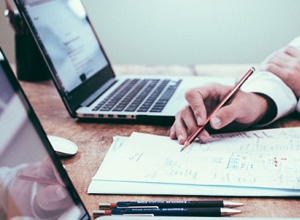