The principle of Utmost Good Faith is also known as Uberrimae Fides. It means that both the policyholder and the insurer need to disclose all material and relevant information to each other before commencement of the contract.

Under Section 45 of Insurance Act 1938 states that if within 2 years of commencement or revival of the insurance policy, the insurer get to know that there has been a non-disclosure or misrepresentation of material facts, then the insurer can call the policy null and void.

It simply means that if within 2 years the Insurance Company finds out that the policy holder has not stated the complete truth or has lied while filling up the proposal form, then it can cancel the policy and decline the claim. It is not necessary that they will definitely repudiate the claim, but it is also a possibility. The insurer may ask for the difference in premium or change the terms and conditions after the fact has been disclosed.

Thus, if an alcoholic person had mentioned that he is non-alcoholic and he dies in a heart attack within 2 years of the policy commencement, then also the Insurance Company may repudiate or decline the claim on grounds of “non-disclosure” or “misrepresentation” of “material facts”, i.e. for not stating the complete truth or misstating information which is relevant for underwriting and risk assessment. His policy could have been over-rated or loaded with additional premium if the underwriters were aware of the fact.

Thus, it is the duty of the proposer to make full disclosure. In the event of failure to disclose material facts, the contract can be held null and void. The duty of disclosure in life insurance operates till the risk commences.

Insurance Contract being a financial contract needs to follow Utmost Good faith. Commercial contracts are subject to the principle of Caveat Emptor i.e. let the buyer beware. Hence it becomes very important for the policyholder to disclose all relevant information at the time of commencement of the policy so that his family doesn’t have to face difficulty at the time of getting the claim in the unfortunate event of death of the life insured. 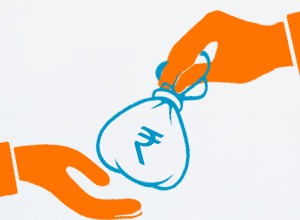 Reliance Life Insurance to move into the green

Reliance Life Insurance has taken a number of steps to ensur...

Are Maturity Benefits of all Life insurance policies Tax-free

Many of us feel that the benefit amount we receive on maturity of life insu...