Is Term Insurance the need of the hour?

What is Term Insurance?

Term insurance is a type of Life insurance wherein the insured person covers himself for a specific period. If something happens to that person within the tenure and if the policy is still in force, then the cover amount will be paid to the nominee.

Let’s understand this better with the help of the example of Mr. Ram.
Mr. Ram is the sole breadwinner of his family. He insures himself by buying term insurance for 30 years. But after 20 years in an unfortunate event, Ram dies. Had he not secured himself with a risk cover, his family would have to face a financial crunch since they all were dependent on his earnings for their livelihood. But Ram being a financially literate person had already bought a life cover in the form of Term insurance. Because of that, his family is now financially secure. Even though Mr. Ram is long gone, he can still look after his family (financially) in the form of the assured amount which his nominee would have received after his death. This corpus can now be used for his children's education or their wedding or to pay off any debt that he might have left behind.

The world, today, is facing the wrath of COVID-19. No one had ever imagined being locked in our homes for months together would be even a possibility in the 21st century before March of 2020. In India alone, more than 4.5 lakh people have succumbed to COVID out of which more than 40% were the bread earners of their families. So in unprecedented times like these, risk cover and health insurance have become a necessity. We can definitely say that our family requires our love and care but unfortunate events like deaths can’t replace that person but can surely provide financial support. That is why term insurance is the need of the hour.

Who should buy a Term Insurance plan? When is the right time to buy a Term insurance plan?
There is no such fixed number as to when you should opt for a risk cover but it is always advisable to buy a risk cover within 2-3 years of your first salary. This is because at a younger age, you’re healthy and the mortality rate is much lower which allows you to purchase a risk cover at lower premiums. With the increasing age, the mortality rate increases and so does the premium rates. Hence, it is always advisable to purchase a sufficient risk cover as soon as possible at an early age so that your premium is much lower.

Let us try to understand this with an example:
Mr. Ram wanted to buy a risk cover at the age of 25 for 35 years which would cover him until he is 60. So Mr. Ram buys a plan with a risk cover of ₹ 1 crore at a premium of ₹ 7,600 annually which was calculated based on the mortality rate of Ram at the age of 25. But he would continue to pay the same premium even at the age of 59 when his mortality rate would be quite higher. So there would have been a significant difference in the premium amount if Ram would have chosen to delay his plan of buying a risk cover.

So as they say in Hindi, "Jab jago tab savera." meaning it's never too late to mend things. So if you haven't already secured yourself with an adequate risk cover especially during this pandemic, secure yourself before it's too late.
You can compare and buy various Term Insurance Plans at MyInsuranceClub.

Abhishek Kumbhar
Abhishek Kumbhar is an Insurance Analyst with rich experience in the Finance Industry. With his extensive knowledge and exposure of the Insurance sector, he writes articles to provide insights about different aspects of Insurance.

MWPA (Married Woman Protection Act) - Why is it so important?

When buying a life insurance policy, you aim to secure the future of your w... 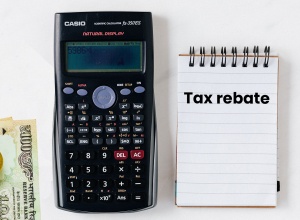 Tax Rebates in Life Insurance Policies - All you need to know!

Are you a tax-paying citizen of India? Are you planning to buy some financi...

​10 crucial mistakes to avoid while buying a term insurance plan

Now that you have decided to buy a term insurance plan, most of your worrie...