What is Zika and how to be prepared?

WHO experts believe there is a casual relationship between Zika infection during pregnancy and microcephaly (abnormal smallness of the head in infants at birth leading to incomplete brain development, it is however not proven scientifically
By: Manu Kaushik |
Read Time: 4 minutes, 16 seconds |

The Zika virus was recently declared “public health emergency of international concern” by the World Health Organization (WHO) three days back.

Zika, which reared its head in May 2015 quickly spread to parts of Americas, achieving the notoriety of Ebola epidemic that once haunted travelers worldwide and Africans in particular.

What is Zika Virus?
Aedes mosquitoes, which transmit three other vector-borne (illness caused by infectious microbe transmitted through blood-sucking insects) diseases – yellow fever, chikungunya and dengue, is the prime carrier of this virus.

Where is Zika virus prevelant?
The virus is known to circulate in South America mainly and has not be been detected in India yet but widespread presence of Aedes mosquito makes India vulnerable.

How dangerous is Zika?
WHO has declared Zika a global public health -emergency. WHO experts believe there is a casual relationship between Zika infection during pregnancy and microcephaly (abnormal smallness of the head in infants at birth leading to incomplete brain development), although it’s not scientifically proven.  Lack of diagnostic kits and vaccines has been identified as a big hindrance and a coordinated international effort is required to combat the virus.

What are the symptoms?
Those infected by Zika virus report a mild fever, joint pain, skin rash, and conjunctivitis. Other common symptoms are muscle pain and headache. It takes about a week to show symptoms after first contracting the virus. The disease however is not fatal and those infected rarely need to be hospitalized. But just recently Colombia has reported three Zika-related deaths. Although the deaths weren’t caused directly by the Zika virus but the victims had contracted a related disease called ‘Guillan-Barre’ syndrome and all three tested positive for Zika virus.
The virus remains in the blood of the person infected for about a week. The disease is particularly harmful for pregnant women, as there has been a bump in cases of microcephaly in newborns in the areas hit by Zika virus.

Is there a cure and diagnosis?
There is no vaccination or medicines to cure or prevent the disease. However, it can be diagnosed through PCR (polymerase chain reaction) and blood tests. Acetaminophen medicine reduces fever and pain. Heath experts advise against taking any aspirin and other non-steroidal anti-inflammatory drugs.

Prevention
Reduce the mosquito breeding sources such as covering water containers, flower pots etc. Reduce contact with mosquitoes through nets, repellants, wearing light colour clothes and use of insecticides.
Dehydration should be prevented by drinking ample fluids. Take medicine such as to relieve fever and pain.

Travel Advice & Protection
Zika virus is affecting people in 20 countries including Central and South America, according to US Centers for Disease Control. Indian Medical Association has issued advisory, urging pregnant women not to travel to 14 countries in Central and South America including:
Although, Zika has greater consequences for pregnant women but anyone travelling to these countries should be on the careful and take necessary steps to be prepared. But how can you do it?

Travel Insurance is a good way to safeguard yourself against Zika, if travelling to these countries. A travel insurance plan typically covers the cost of medication, hospitalization and like, if the traveler falls sick in the destination country.

Some medical benefits included in travel insurance include:

Medical Treatment: Costs incurred in treatment of a medical condition, in-patient or out-patient and the costs of transportation to a medical facility are covered

Medical Evacuation: In case of the insured person needs to be moved from one location to another to provide some specific kind of treatment, the costs involved would be covered

Hospital Daily Allowance: A cash allowance is paid for each day of hospitalization. This is usually for the miscellaneous expenses which are incurred.

Balance Treatment back in India: In case the insured person comes back to India and needs to treatment for the same medical condition, the costs are borne by the policy for a specified period of say 30 days.

A 28-year old male travelling to Brazil for one week can get travel insurance of sum assured within a range of $50,000 - $500,000 by paying a premium between Rs 650-2009. While certain countries or geographies such as the European Union make it mandatory to have travel insurance, it is better to have one especially when the sum assured is large and premium low.

The idea behind a travel insurance is to be prepared for any eventuality even sickness or accident in a foreign location. This specifically becomes more relevant for those travelling to countries affected by endemic such as Zika. Hospitalisation is a costly affair and India’s foreign exchange rules allow only limited foreign currency conversion. To avoid a situation where hospitalization cannot happen due to lack of money having travel insurance is must. 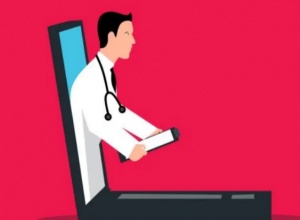 Must known facts about Health assessment test in Health Insurance 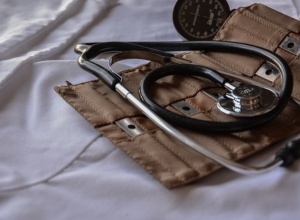 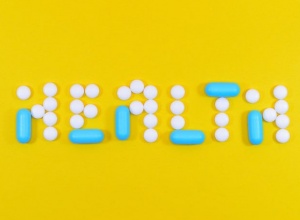