Aegon Life Jeevan Shanti Insurance Plan is a simple traditional Endowment Assurance Plan which comes at a cheap cost and helps create savings while at the same time providing a life insurance cover for the chosen tenure.

Let's Understand The Plan With An Example:
Ramesh, (age 30 years) is a clerk in a private school. His wife is a homemaker. Ramesh is worried about his wife & daughter’s future. He also wants to ensure that they have secured future if any unfortunate eventuality occurs.
His plan details are as follows:
* He opts for Aegon Life’s Jeevan Shanti Insurance Plan by paying a monthly premium of Rs.500 + service tax. His Policy Sum Assured is Rs.85,745.
* He also opts of Aegon Life ADDD rider with Sum Assured of Rs.85,745 by paying an additional monthly premium of Rs 10 + service tax. 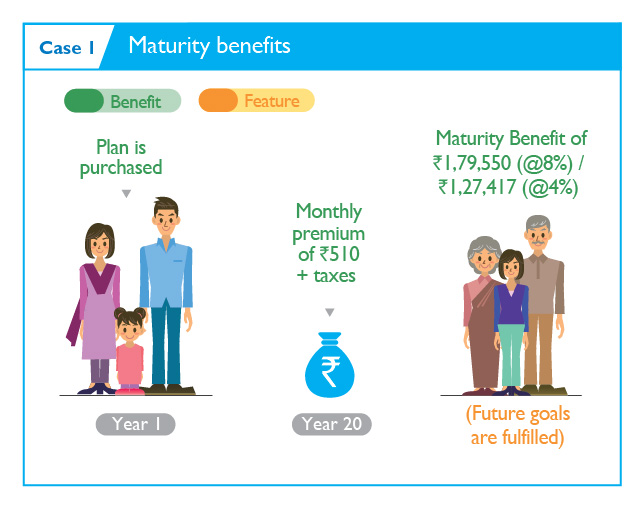 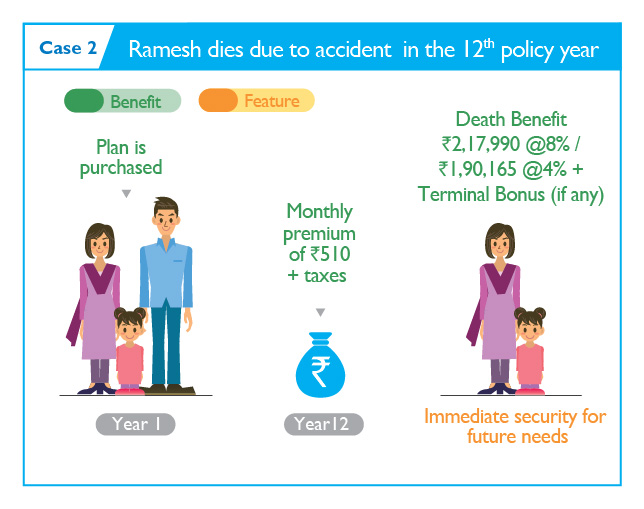 The graph below shows the Sum Assured available at different combinations of term, monthly premium levels and age.

The associated table is as follows:

If at least3 full years’ premium has been paid, the policy would become a paid-up policy if future premiums are not paid. The benefits under the plan would be reduced and would be called Paid-up benefits. Bonuses would not be declared under the policy and the following benefits would be paid as and when they occur:

Surrender is allowed only after the policy becomes paid-up, i.e. after 3 full years’ premiums have been paid. On surrendering the policy, higher of the Guaranteed Surrender Value (GSV) or the Special Surrender Value (SSV) would be paid.
Revival

Important: Insurance is the subject matter of solicitation | © 2009-2023 MyInsuranceClub.com