Let's Understand The Plan With An Example:
35 year old Advait, works with an MNC, while his homemaker wife takes care of their 5 year old daughter. He wishes to secure his family's future by making a provision for monthly income, in case something unfortunate were to happen to him. So he chooses our Bharti AXA Life Monthly Advantage for 16 years with a Sum Assured of Rs.2,50,000. He invests Rs.37,405 for 8 years to receive a steady flow of monthly income. 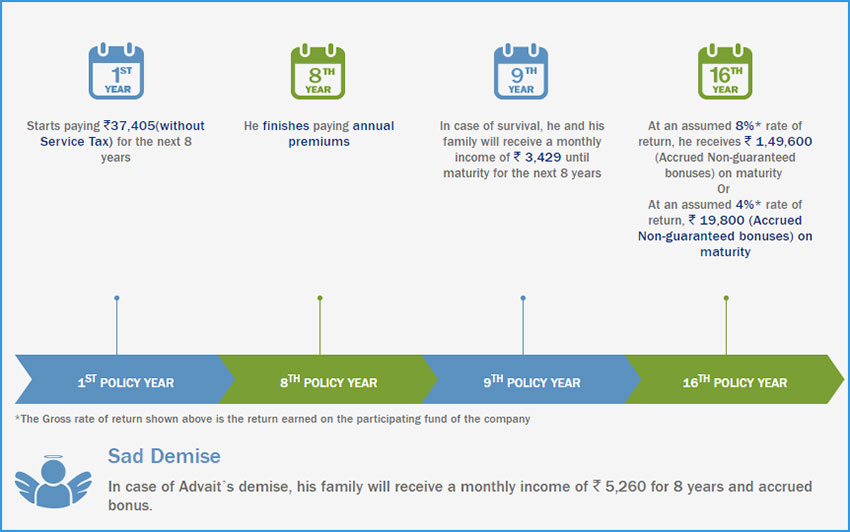 The graph below shows the premiums payable at different combinations of plan tenures, Premium paying terms (PPT), Sum Assured and age of the life insured who is a male. The premiums mentioned are exclusive of any taxes. 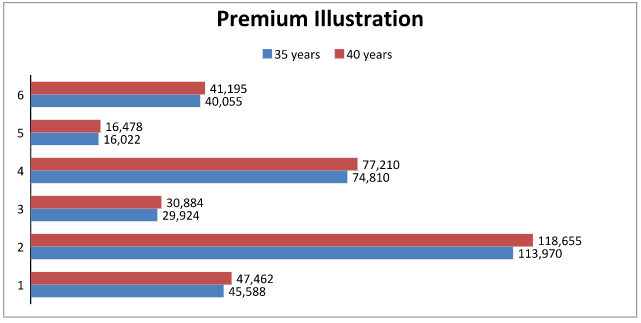 Premiums have to be paid for at least 2 yearsfor a premium paying term of 6 and 8 years and for at least 3 years for a premium paying term of 12 years. If the required premiums are not paid, the policy would lapse without accruing any benefits if it is not revived within the revival period. If the first 2 or 3 years’ premiums and have been paid and later premiums are not paid, the policyholder can surrender the policy or make it paid-up.

Surrender is allowed only after the policy becomes paid-up, i.e. after 2or 3 years’ premiums have been paid.

Revival is allowed within 2 years from the date of the first unpaid premium. The policyholder would be required to pay the outstanding premium and any interest charged by the insurer to revive his policy.
Bharti AXA Life Monthly Advantage Plan Brochure

Important: Insurance is the subject matter of solicitation | © 2009-2023 MyInsuranceClub.com