The plan can be bought only by permanent Resident Indians. The other eligibility criteria of the plan include:

The following chart shows the sample premium rates payable by males and females for different combinations of Sum Assured (SA) and age. 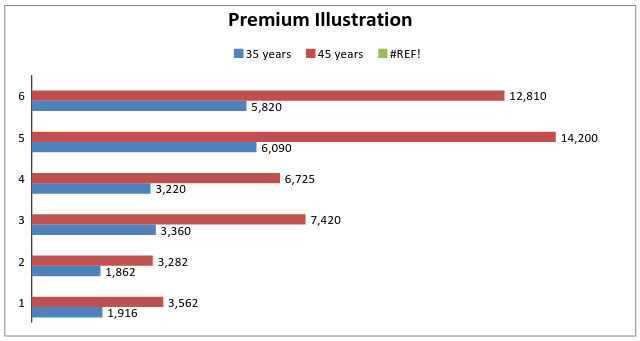 The table below gives a quick tabular reference to the above chart:

Premiums should be paid for the entire plan tenure or up to the first claim after which premiums are waived. Non-payment of premium results in lapsing of the policy where no benefits are paid.

A lapsed policy can be revived within 2 years by paying the outstanding premium and any interest thereon. A ‘Declaration of Good Health’ would also be required at the time of revival.