LIC Jeevan Mitra is a simple endowment policy with 2 variants. One variant is called Jeevan Mitra (Double Cover Endowment Plan) and Jeevan Mitra (Triple Cover Endowment Plan). In this plan, if the Life Insured dies within the policy tenure then his nominee would receive Double or Triple the Sum Assured (according to the variant opted for) + accrued Bonus. Now, if the Life Insured survives the entire term, then he would receive basic Sum Assured + accrued Bonus.

Benefits you get from LIC Jeevan Mitra Plan

Death Benefit – In case of death of the Life Insured, the nominee receives

Maturity Benefit – At the maturity of the policy, the insured will get Sum Assured + accrued Bonus

Eligibility conditions and other restrictions in LIC Jeevan Mitra Plan

The below illustration is for a healthy Male (non-tobacco user) opting for a Sum Assured = Rs 1,00,000and Policy Term = 25 years respectively. 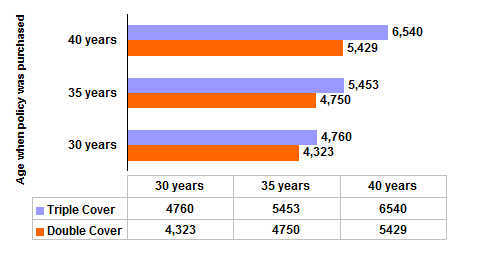 Riders – There are 2 Additional Riders available: