MetLife Endowment Savings Plan is a traditional, participating Endowment Assurance Plan which aims to create savings for the policyholder. The policyholder can reap dual benefits of savings and insurance protection through the plan.

The following chart shows the premiums payable at different combinations of age, term and Premium Payment Term (PPT) given a Base Sum Assured level of Rs.10 lakhs. 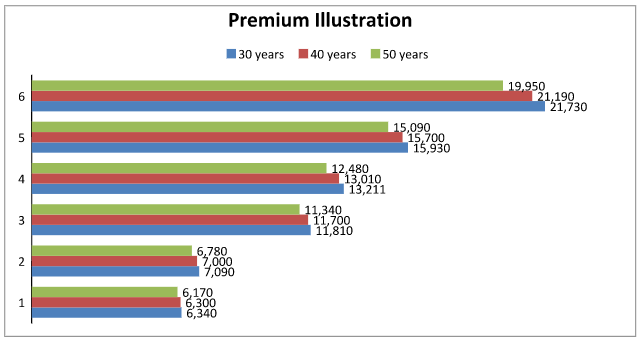 If at least2 or 3 full years’ premium has been paid, the policy would become a paid-up policy if future premiums are not paid. The Sum Assured under the plan would be reduced and the policy would acquire a reduced Paid-up Value which is calculated as follows:

Bonuses are not declared under a Reduced Paid-up Policy and the benefits payable are reduced and are as follows:

Surrender is allowed only after the policy becomes paid-up, i.e. after2 or 3 full years’ premiums have been paid. On surrendering the policy, higher of the Guaranteed Surrender Value (GSV) or the Special Surrender Value (SSV) would be paid.